Copenhagen Sector A is a high level sector covering the south-eastern part of Copenhagen FIR and delegated areas in Sweden and Germany above FL285. It operates on 121.375 MHz. 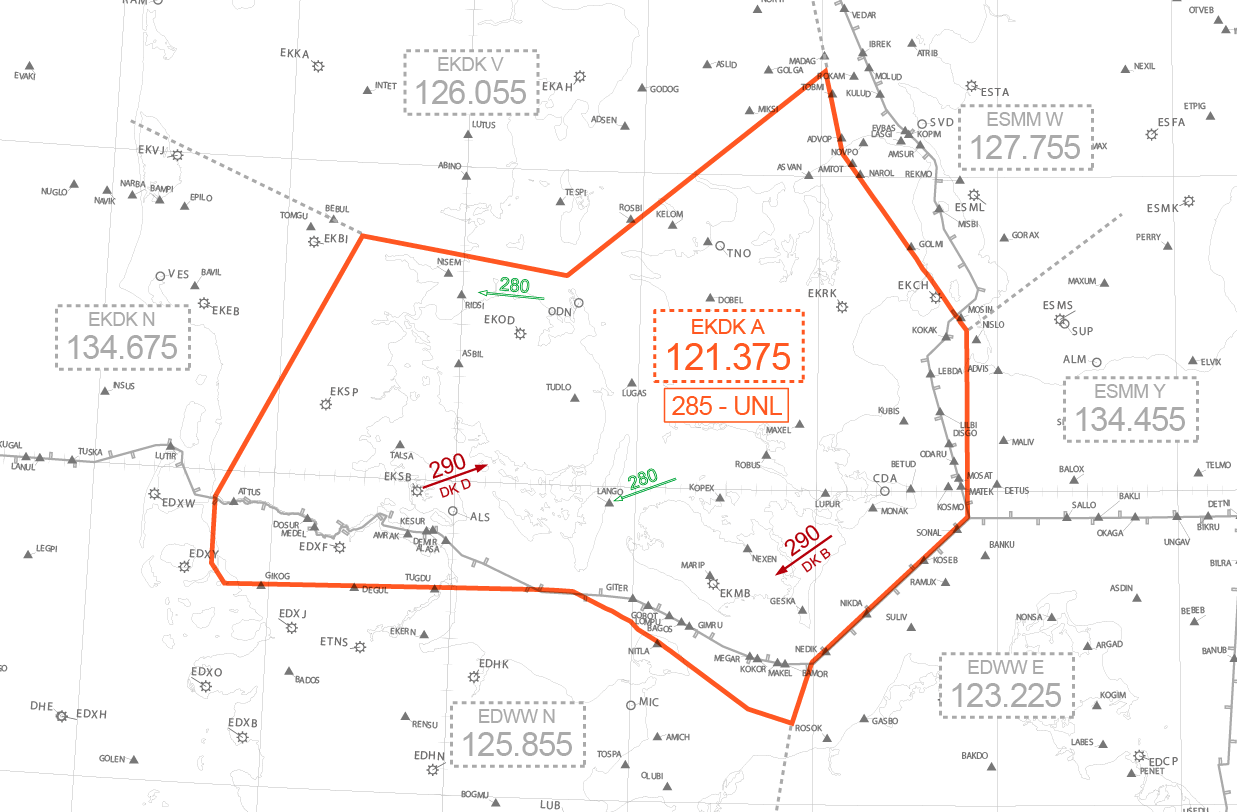 The main tasks of sector A are:

The main conflict areas in the sector are around Alsie VOR ALS and Codan VOR CDA. Arriving traffic to Copenhagen via TUDLO may conflict with en-route traffic north of Alsie VOR ALS; descend should generally be initiated early enough to pass below such traffic.

Sector A can be operated on its own, but will often be combined with sectors N and V.

IN agreements OUT agreements
This website uses cookies to manage authentication, navigation, and other functions. By using our website, you agree that we can place these types of cookies on your device.
I agree