*When controlling as a single tower unit, EFHK_E_TWR shall be used with Login code EFHK_TWR.

The IFR clearance is issued by the appropriate ground controller. It contains: Runway, SID/Heading (+ ALT) and squawk. DEL has to coordinate with approach controller if aircraft is unable to fly SID.

Departing traffic from Helsinki above FL95 shall plan the route via EFHK departure connecting points.

Ground movements at all aprons (expect aprons 4 and 6) is handled by both Helsinki Ground stations.

It is recommended include all taxiways in the clearance. If no other instruction than aircraft stand is given the aircraft shall use the taxiway parallel to the runway to the taxiway closest to the assigned aircraft stand. Aircraft landed at runway 22L shall not vacate runway via taxiway ZG unless otherwise instructed or approved by ATC.

If runway 04R is in use, ground shall clear departing traffic to ZR or ZS and transfer to tower on taxiway Z (giving time for intersection departures from ZL).

If departing traffic has been cleared to use runway 22L via Y or runway 15 via Z, the outbound traffic shall be cleared to the corresponding holding point by Helsinki Ground.

If the departing runway is any other than above, ground shall coordinate with tower and agree where the aircrafts will be cleared to.

De-icing takes place at either apron 8 (apron 8 is new and most likely not included in the scenery) or apron 6 depending on the departure runway. If runway 33 is in use for departure, de-icing may be conducted at apron 2. Stand 121 and 122 may also be used, if apron 8 is not operational.

The below table can be used as a general guideline for assigning parking positions at the airport. Be advised that at Helsinki-Vantaa the stands between 11 and 31 can be used basically by any European flights, so the table below is just a guideline that shows what is more commonly seen in real life.

Selection of Runway-in-use is based on safety aspects and temporary restrictions concerning runway availability.

The use of runways in different situations:

In real life, departing traffic will maintain tower frequency until 1500ft, and then automatically contact Helsinki Radar frequency according to route. On IVAO departing traffic should be instructed to contact approach controller after departure with the takeoff clearance.

Departres of runway 22R shall be following SID or heading 280 after departure. Initial climb is usually 4000 feet. Departure heading other than 280 shall be avoided due to noise abatement.

The flight path of departing aircraft is affected depending on the runway in use for arrivals: 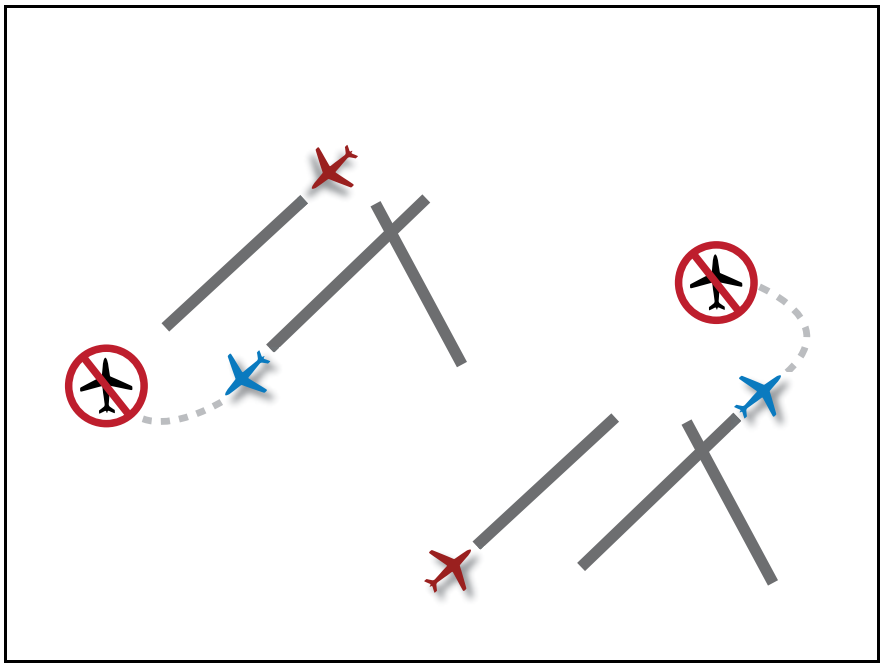 In case of a go-around, to prevent loss of separation, the go-around sector must remain clear of departing traffic. ATCO must ensure at least 3 NM separation after a go-around is initiated. 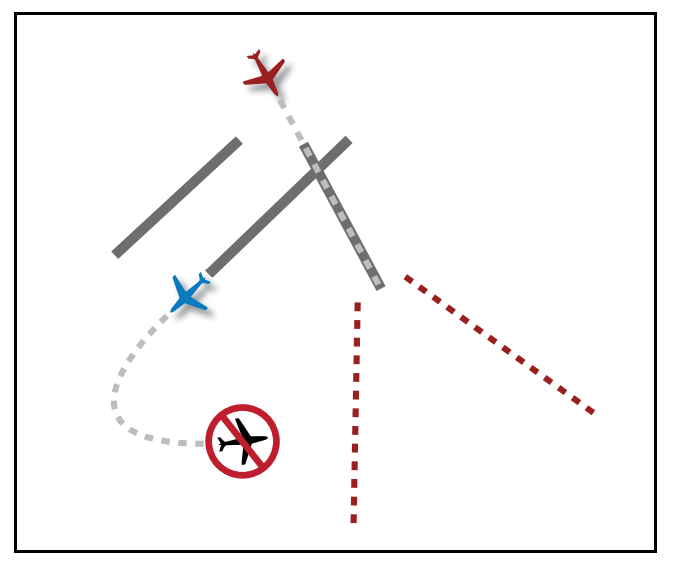 When runway 22L is in use, arriving traffic should not use ZG to vacate unless approved by Tower. This is because there may be traffic at ZG waiting to cross.

It is also common to advise arriving traffic to vacate by a specific exit or to approve long roll in order to vacate by the end of the runway.

Low Visibility Procedures for all air traffic will become effective when the TDZ RVR value of the runway in use decreases to 600 M or the vertical visibility decreases below 200ft. If LVP are in use, controllers should include the following line in ATIS: ”LVP in use”.

The four approach sectors in combinations are responsible for the Helsinki TMA, which is class C airspace. RW sector is the primary position to be used. Service should be provided in accordance with the airspace classification and according to the standard agreements, as outlined below. ATC Surveillance Minimum Altitudes must be adhered to (EFHK AIP /SMAC).

In order to reduce aircraft noise impact on residential areas near Helsinki Airport and Helsinki-Malmi aerodrome, the following procedures are applied:

Departing traffic on SID shall not be cleared DCT before passing 5000ft.

Flying below 2000 FT MSL over Helsinki noise abatement area (EFNOISE01) must be avoided, unless lower altitude is necessary for take-off or landing. Reference: AIP Finland ENR 5.6.

Other procedures, as primary runway selection, CDO and LP/LD are used to minimize noise impact. These procedures are well described in this video:

It is recommended to coordinate inbound DCT route with Helsinki ACC prior to aircraft Top of Descent (TOD) in order to reduce noise impact and fuel burn. It is common for ACC to clear arriving traffic DCT to STAR end points.

The RNAV arrival routes in Helsinki are not connected to the initial approach fixes. Every arrival requires a vector or clearance for own navigation to final approach track. If no instructions are given after passing the last waypoint of the arrival route, the aircraft shall continue on present heading and comply with any speed and altitude constraints.

Note! Inbound traffic is only allowed to join final by own navigation IF the intercept angle to final is less than 90 degrees. During parallel approaches the maximum intercept angle is 30 degrees with 1000ft altitude separation.

Arrivals may also be cleared to join final with own navigation using the last waypoint of the arrival routes. In other cases, approach controller will provide radar vectors to final. This will reduce unnecessary aircraft TCAS warnings or commands.

When providing radar vectors to ILS or MLS final approach track, the last vector must allow the aircraft to join final track with a maximum angle of 30° and ensure at least 1.0 NM horizontal flight prior to joining the ILS-localizer or MLS. The vector shall also allow the aircraft to be established on final track at least 2.0 NM in horizontal flight prior to ILS-glideslope or MLS angle.

Altitude deviations due to low temperature is currently not simulated in FSX/P3D/XPlane, but may be used for realism, provided that the aircraft is able to establish on localizer 2 nautical miles before glideslope. Temperature corrections are not necessary during training sessions and exams.

Circling approach is not approved.

Dependent or independent parallel approaches are used on runways 04L/04R or 22L/22R.

Helsinki Arrival sector AE is regularly providing service for the runway in use. Independent Arrival sectors AE and AW are only used during parallel approaches on runways 04L/R or 22L/R.

Inbound traffic should be following the STAR, vectored for traffic separation or cleared inbound IAF, as traffic permits. Inbound traffic will normally be cleared 5000ft before transfer to Helsinki Arrival frequency.

The minimum separation on final approach, within 10 NM from the runway, is 2,5 NM. However, it is recommended to use at least 3,5 NM, to give the preceding aircraft sufficient time to vacate the runway.

Note! When using parallel runways for arrivals, make sure the inbound aircraft using runway 04L or 22R is at the Initial Approach Altitude when turning to base (due to separation).