On IVAO, Helsinki ACC is split into 4 sectors, which may also be combined to bigger sectors (BG, JL and BGL):
(It is important to note that these sectors are already combined and do not represent individual real life sectors)

Details about each individual sector can be found via the menu to the left.

During high traffic amount, Helsinki ACC will provide delay vectors or stack traffic in holding patterns. Expected arrival time should be given if delay exceeds 10 minutes. If Helsinki-Vantaa airport is configured for parallel approaches, inbound traffic should be coordinated with approach controller to agree what runway is used for what aircraft. If traffic situation permits it is highly recommended to coordinate shortcuts with other sectors.

All aerodromes (except Helsinki) with departing traffic to Helsinki ACC airspace, needs to get approval from ACC before departure. This can be done via voice or the local unit can point out the traffic on radar using IVAC2. ACC will either accept it by removing the label point, or decline it by calling local ATC unit by voice and giving as much details as possible. ACC and local units may also coordinate a general release for departing traffic if the traffic amount is low.

Note that departing traffic (except from Helsinki) will be climbing to requested flight level (RFL) if not restricted by ACC. If you have any conflicting traffic, coordinate a reclearance with the local ATC unit (i.e. Finnair 1, recleared flight level 190).

Arrivals within Helsinki FIR has to be informed about the runway in use or the preferred landing runway. In all controlled aerodromes, IFR RNAV1 or P-RNAV capable arrivals will be instructed to follow a specific RNAV STAR or coordinated DCT serving the runway in use. If aircraft is negative RNAV, coordination is required between ACC and approach controller.

Inbound and outbound cross country VFR flights are always subject to coordination between local units and ACC if the requested flight level is at or above FL95.

Traffic information is given below FL95 when requested by pilot. The crew shall be aware that VFR aircraft operating in class G airspace do not have to report their flights and no two-way communication requirements exists, so the ACC unit is not necessarily aware of these flights. REF OPS M1-1.

The minimum separation in Helsinki ACC controlled airspace is 5 NM. Departing traffic needs to be separarated by approach controller at least 5 NM to meet this requirement. IFR arrivals to all controlled aerodromes inside Helsinki FIR shall be separated by at least 7 NM in the correct order before transfer to Approach Controller, unless otherwise coordinated.

The Helsinki ACC sectors can be combined in the following configurations: 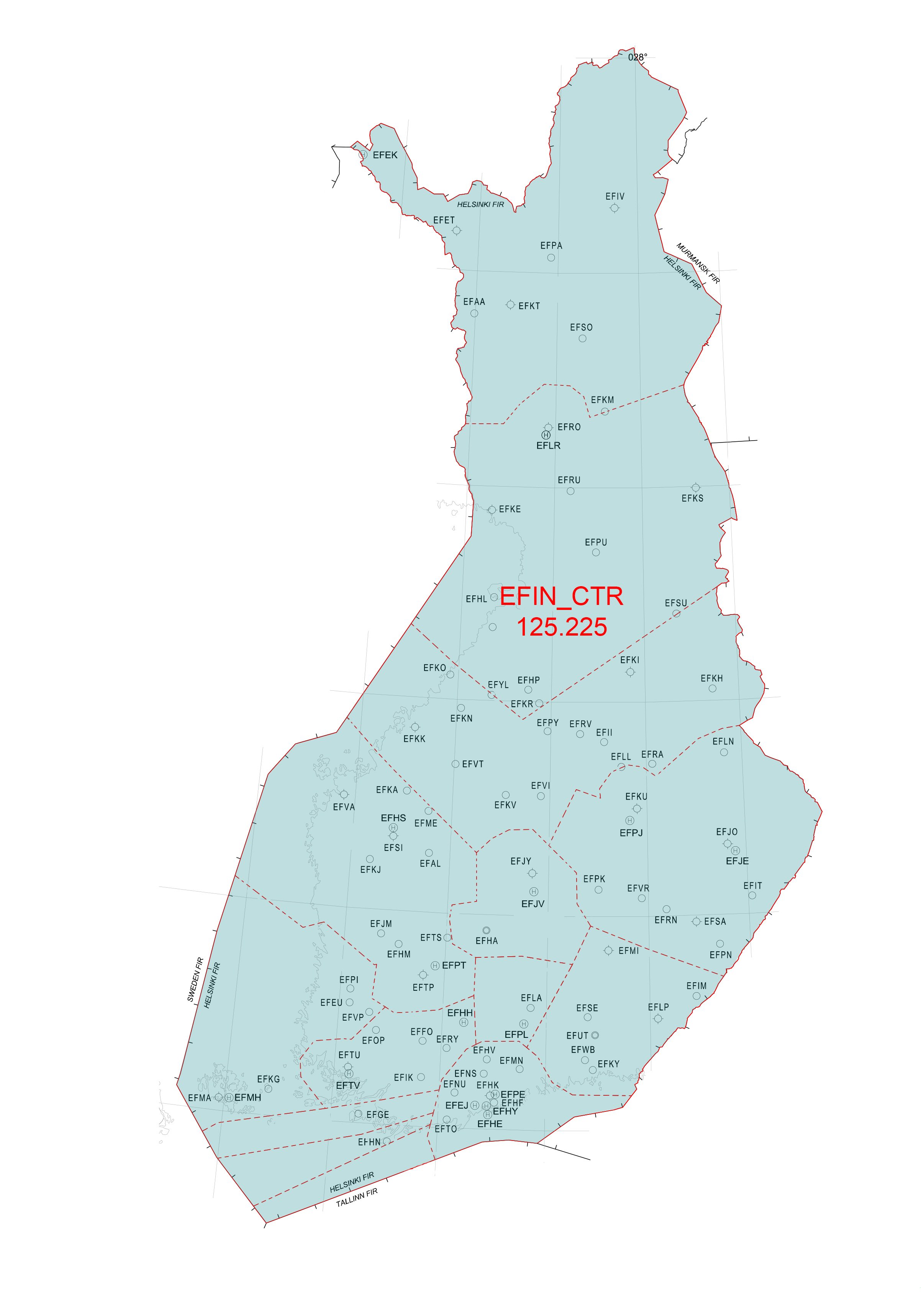 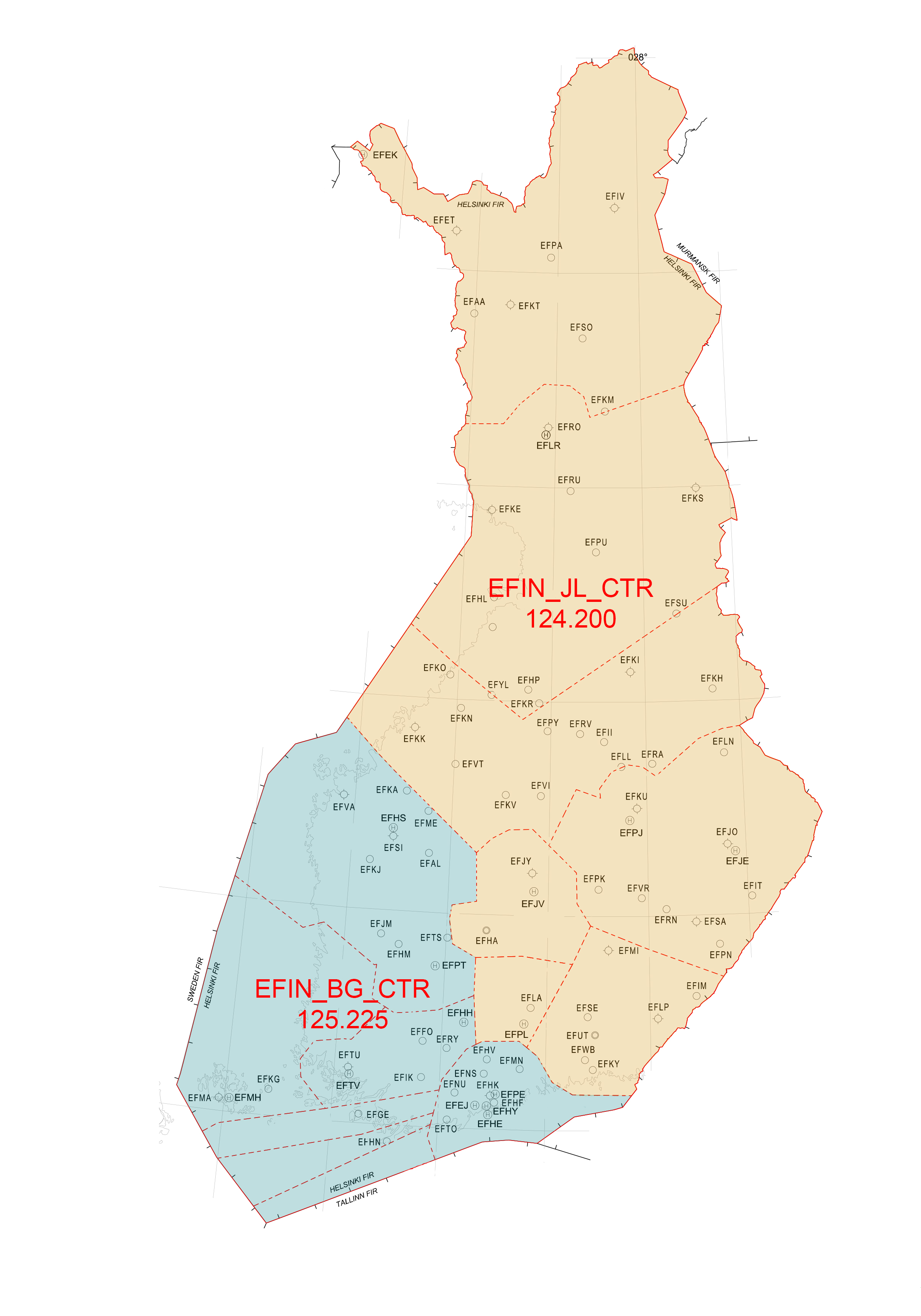 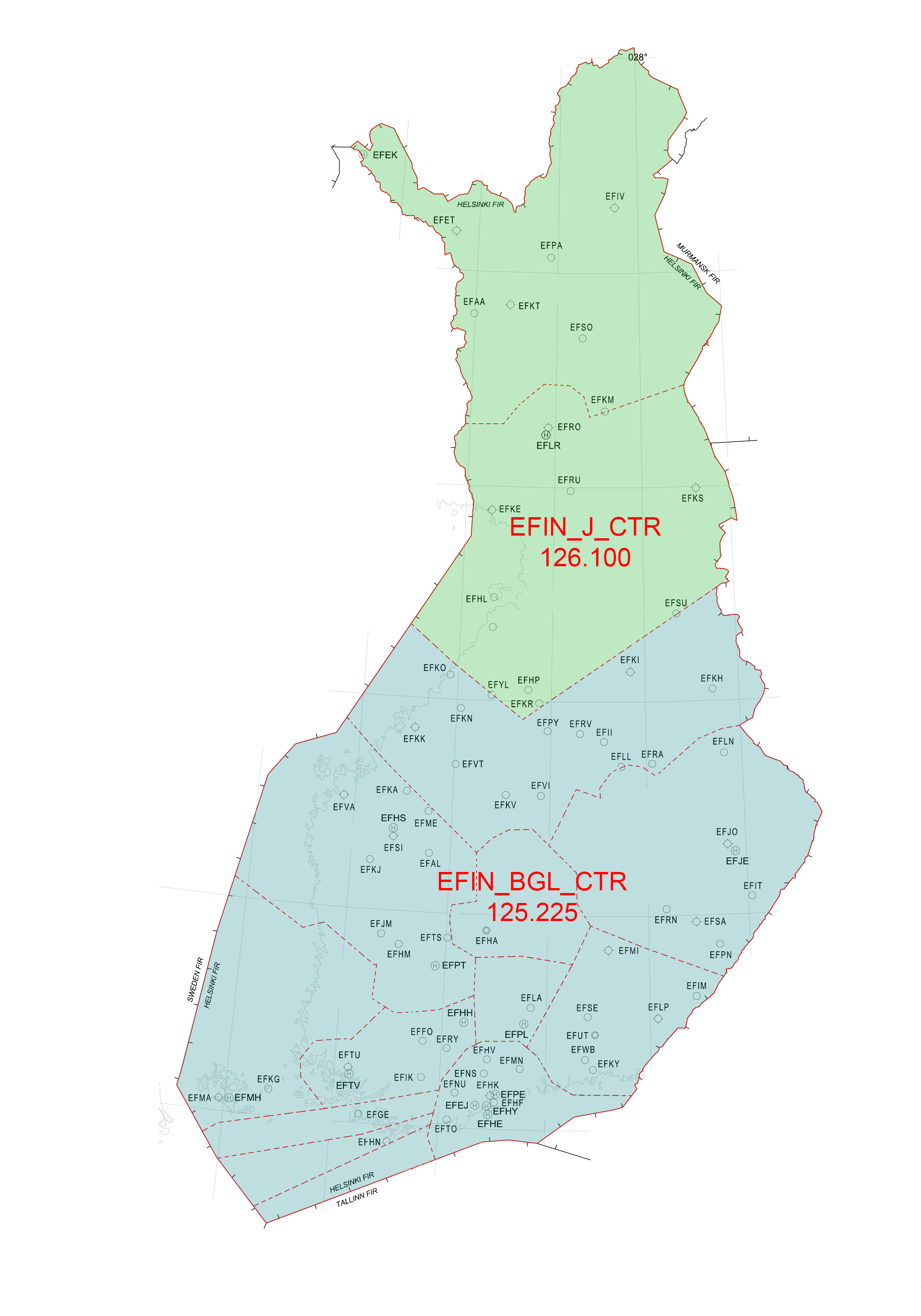 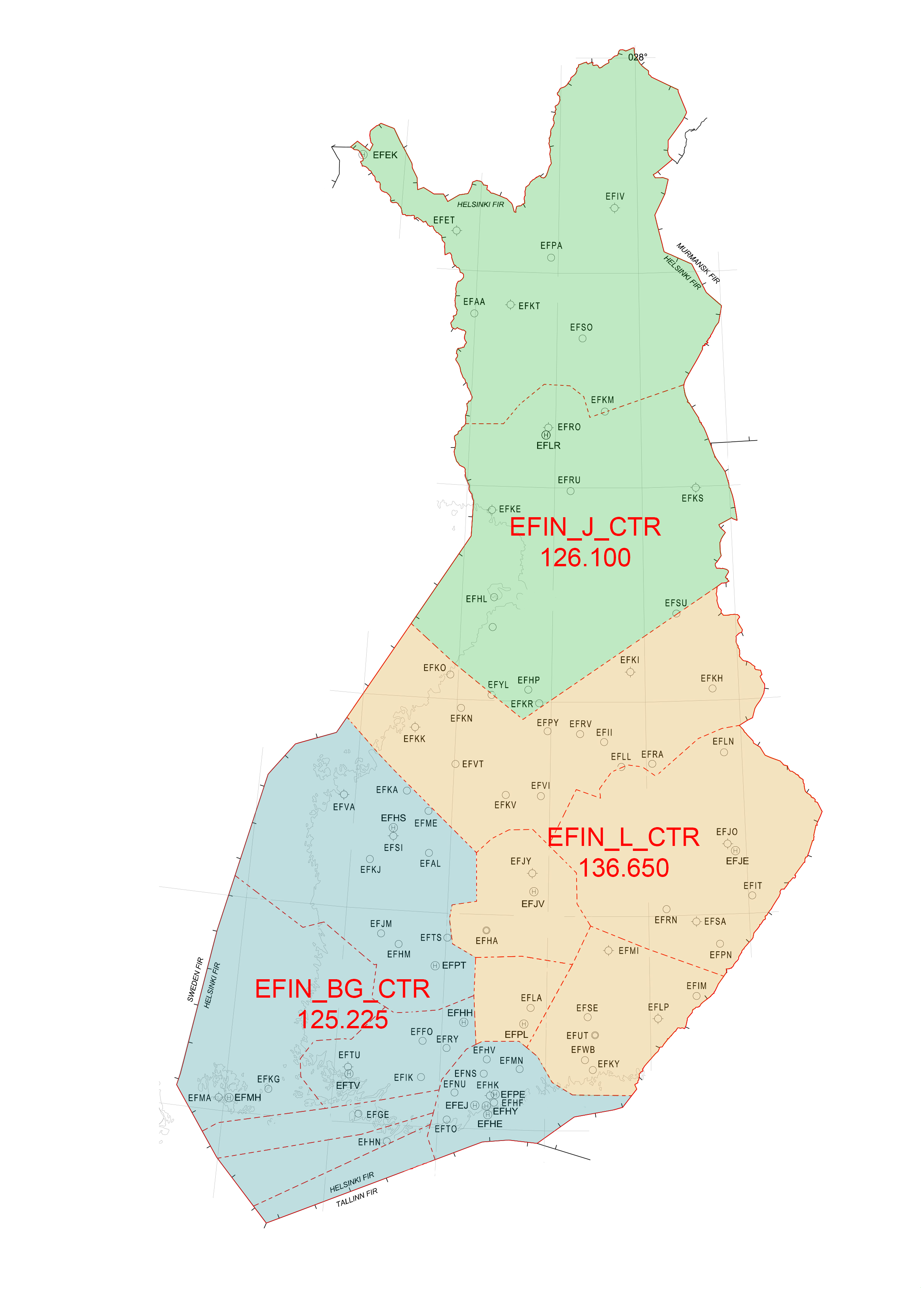 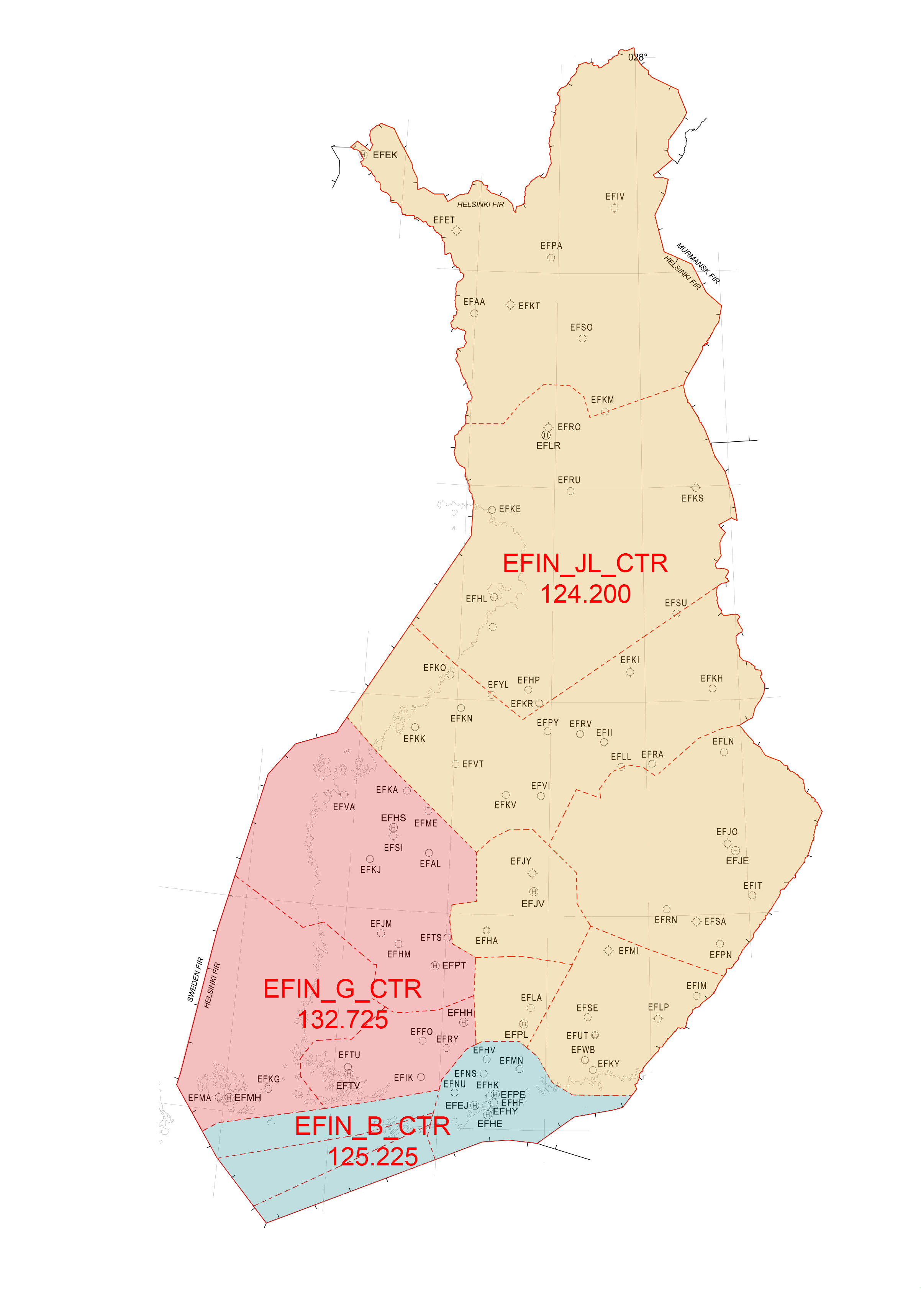 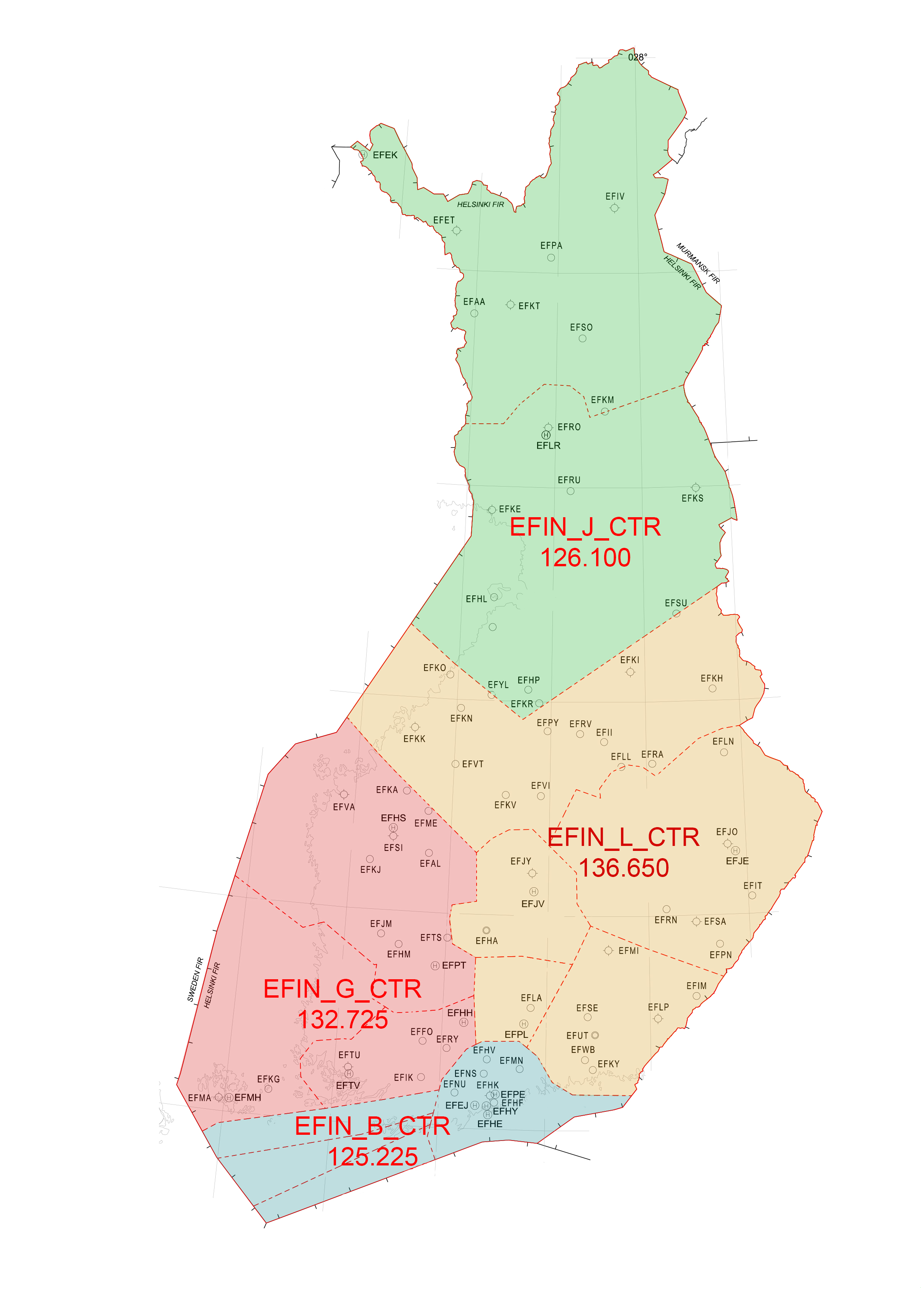